We spent four days in the tiny village of Beynac-et-Cazenac situated on the bank of the beautiful Dordogne river.  The steep, narrow streets make it (mostly) a pedestrian only town.  We stayed in the loft apartment of a lovely French woman, Odile, and her son Ivan.  The views from the terrace that they shared with us were gorgeous and we were lucky to have sunny warm weather most of the time.  I just adore these medieval villages – I feel transported back into another time when I wander the streets.

Beynac is the perfect size for us – big enough to have a Boulangerie/Patisserie, several excellent restaurants (more on that later), and a few interesting sites to see, but not big enough to attract hordes of tourists and the accompanying shops that cater to them. (And yes, I DO recognize that I am a tourist 🙂 ).

The drive from Albi took about 3 hours but we stretched it out to half a day by stopping at several sites along the way.  We truly took the long and winding road to get here. It was cloudy and raining off and on all day so it was a good day to travel. We stopped in at Cordes sur Ciel that had the steepest roads we’d seen so far – I swear some of them were at a 45 degree angle. (In fact, when we arrived in Beynac later that day, my hip had seized up and I’m sure it was from walking uphill too fast.)

An hour later, we briefly stopped at Saint-Cirq-Lapopie.  It was packed with tourists with very little room to park so we just rolled through and took a few photos.  Yet another truly amazing medieval village literally hanging on a cliff over the Dordogne, (we learned the word “surplomme”) – it takes your breath away and my photos do not do it any justice. We cannot fathom how they built these villages 1000 years ago – the logistics of such construction is staggering.  There were some old ruins on the top of a cliff that had a drop off of about 100m down to the river, in addition to the rest of the village which clung to the rest of the hillside.

Beynac itself is about as picturesque a town as you could ask for. Apparently movie producers think so too as several movies have been filmed here (Joan of Arc, Chocolat…). The streets are a bit steep in places, as they are in most medieval villages, but everything is in easy walking distance, even the Chateau that sits up on the hill, towering over the town.  For once we paid the 8 euros and toured the Chateau and it was well worth it.  It had been preserved in 3 different time periods – 11-12 century, 14th century, and 17th century.  There were only a few other people in the castle while we toured, so we were really able to get a feel for the time period.

Our loft apartment was in the attic of a 2 storey home, with a big terrace overlooking the Dordogne. The views were spectacular, our hosts were very friendly and helpful and the loft had plenty of room (bed, living area, small kitchenette) so we could relax, spread out, and even make a few meals (spaghetti).

We had dinner at one of the local restaurants twice – Le Petit Tonnelle – and we would highly recommend it.  The food was all house made, even the smoked salmon, and the prices were reasonable for such an excellent restaurant.  In addition, there is an open rock wall complete with a mossy spring in the main dining room, which only holds about 8 tables (25-30 people max?) so reservations are recommended.

While in Beynac, we went for a few day trips – the first to Sarlat which is a large medieval town, but very touristy, and then on another day we checked out Roque Gageac, Domme, and Rocamadour – all amazing towns.  However after seeing them all, I’m still glad we chose Beynac as our home base.

We have been constantly impressed with the behaviour of French families. In general, the children are quiet and well behaved – rarely whining – and the parents deal with them in a quiet and respectful way.  There was a couple with a 5 year and a 2 year old at the table next to us one night.  The older boy didn’t say a peep beyond whispers the entire time and then when he was finished eating, he read a book while he waited for his parents to finish their meal. The little one of course was getting a little antsy (they must have been sitting there for at least 2 hours) but the father quietly shushed him throughout the meal and gently cuddled him and whispered to him to ensure he didn’t bother the other diners. Another time, when we were touring the castle, a couple with a little boy about 5 were walking through as well and they never raised their voices above a whisper. If this sounds a little unnatural to you, it certainly doesn’t come across that way.  Outside, kids are running and laughing and playing like kids anywhere.  But they have also clearly learned how to behave in places that deserve a little more respect. It makes me question our parenting methods back in North America.

The other thing we have both noticed is the lack of stereotypical rude French people – from my point of view, they simply do not exist. Everyone we have met has been super friendly, patient, and kind. Granted, I speak French most of the time, but I always have to lapse into some English and ask for help and never once have I had any people act abruptly with me or seem frustrated.  I think the key is to try to learn as much of the language as you can before you go – in particular the phrases for polite behaviour – please, thank you, hello, good bye etc. This is critical in any country.

Travel Tip for France: When you enter a store, always say “Bonjour Madam or Bonjour Monsieur” to the person who works there. It’s rude not to greet them when you walk into their store.

Oh and I almost forgot, I finally had a chance to do the 2 cheek kiss with Ivan when we said our goodbyes. I think I came in on the wrong side at first (being a newbie and all) but it was fun to actually participate. People who know one another always kiss as a greeting – they actually just touch cheeks and kiss the air – and the men do it as well as the women.  In Provence, they actually kiss 3 times.  Erik and I sat in a cafe drinking coffee and watching people greet each other trying to figure out if you’re supposed to go left first or right first but there didn’t seem to be any common ground. Ah well, at least I had a chance to try it!

Next up Biarritz – but here are a few more photos of our visit to the Dordogne region. 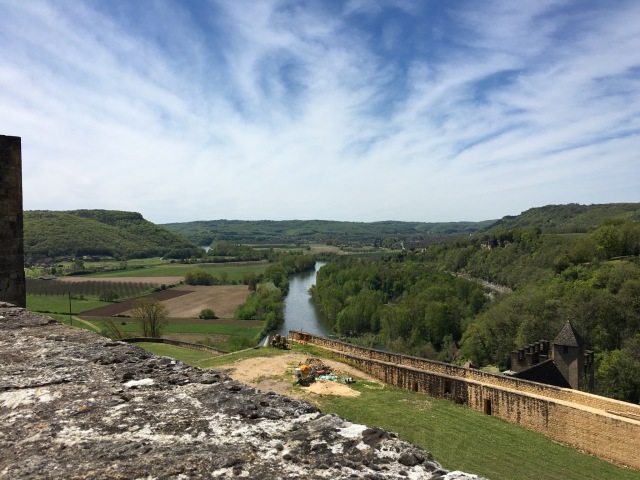 2 thoughts on “The Dordogne” 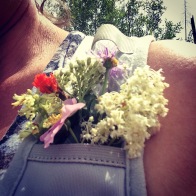 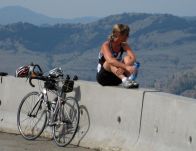 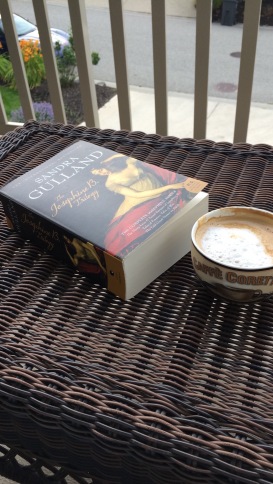 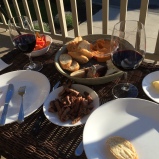 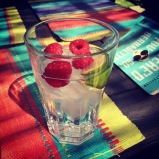 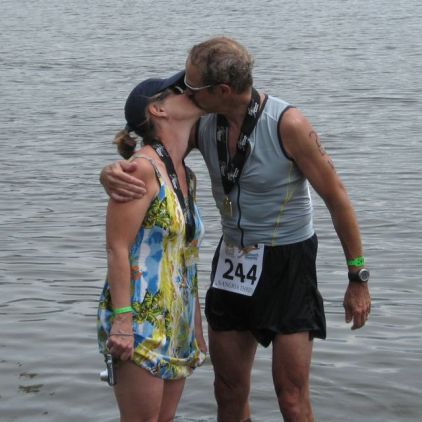 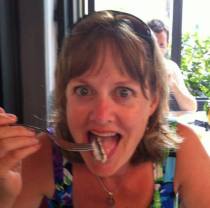 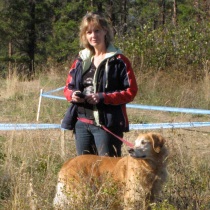 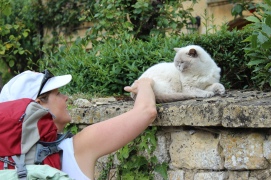 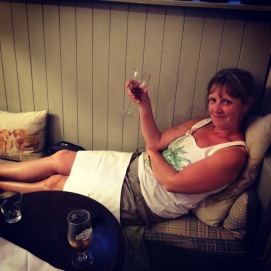 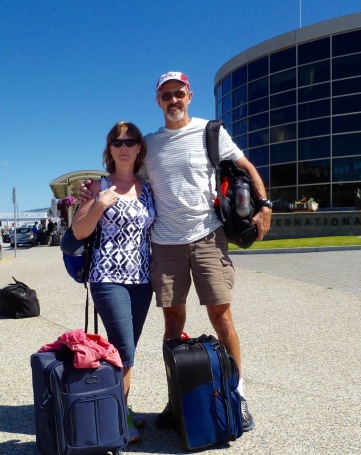 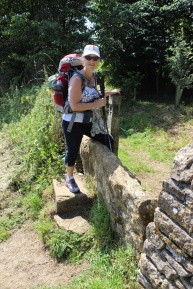 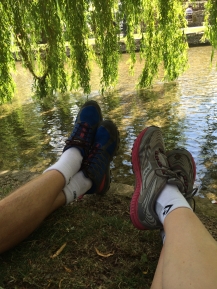 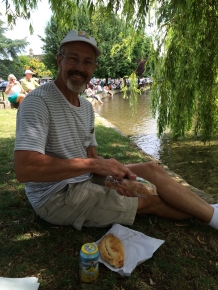 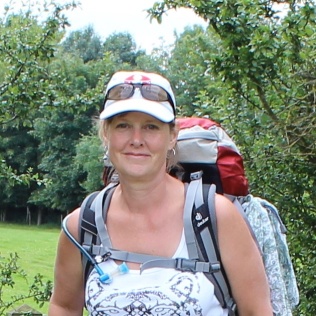 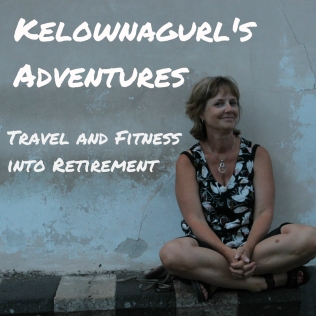